The key feature of the project is the space of the existing solid-cast house, which customers purchased a long time ago. The house was built on a complex terrain plot with level difference. In addition, the house had a complex configuration and a nonperfect layout, which in plan looks like a pentagon. To make the living room large and bright, some walls were removed, including one supporting wall on the second floor, which was replaced by a heavy beam. Four windows were removed or moved for better insolation, and several skylights added. In the double-light zone of the living room on the first floor the sofa had to be «turned inside out» – to use the disadvantages of planning for the benefit of the interior. This was modular design corner Tufty-Time sofa (B&B Italia design by Patricia Urquiola) – one part of which was deployed to the media zone, and the second part – to the fireplace and high panoramic windows, so the sofa is not located inside as usual, but outside.

A fireplace in the living room is remarkable. Wood rack, firebox, and chimney form a single structure. The main material is painted white metal refractory paint in as plaster would not withstand high temperatures. The staircase is also interesting: it combines the iroko massif, glass and steel. Fences are from heavy metal sheets, which require special fixing methods, and the ladder is structurally tied to the capital beams. 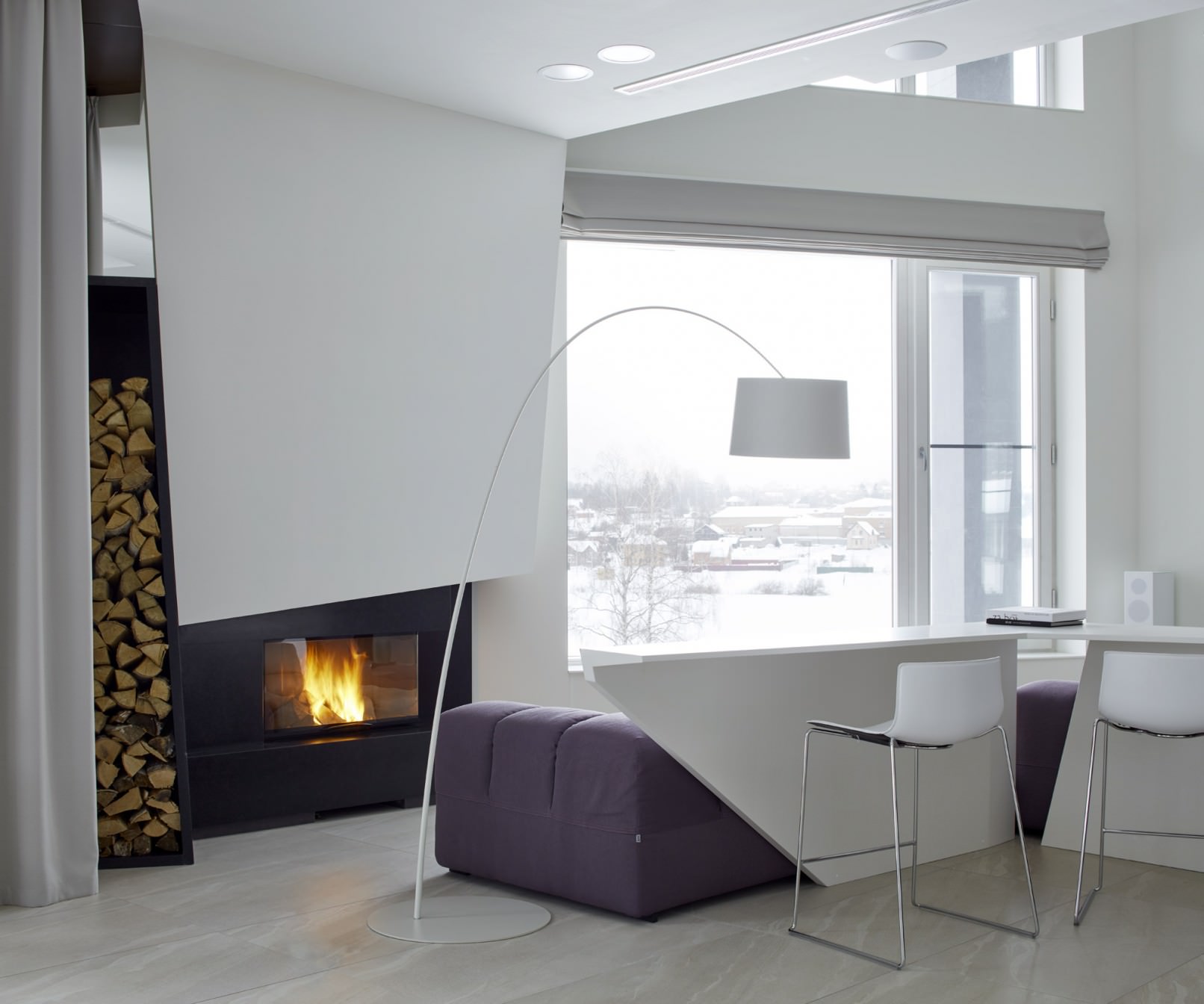 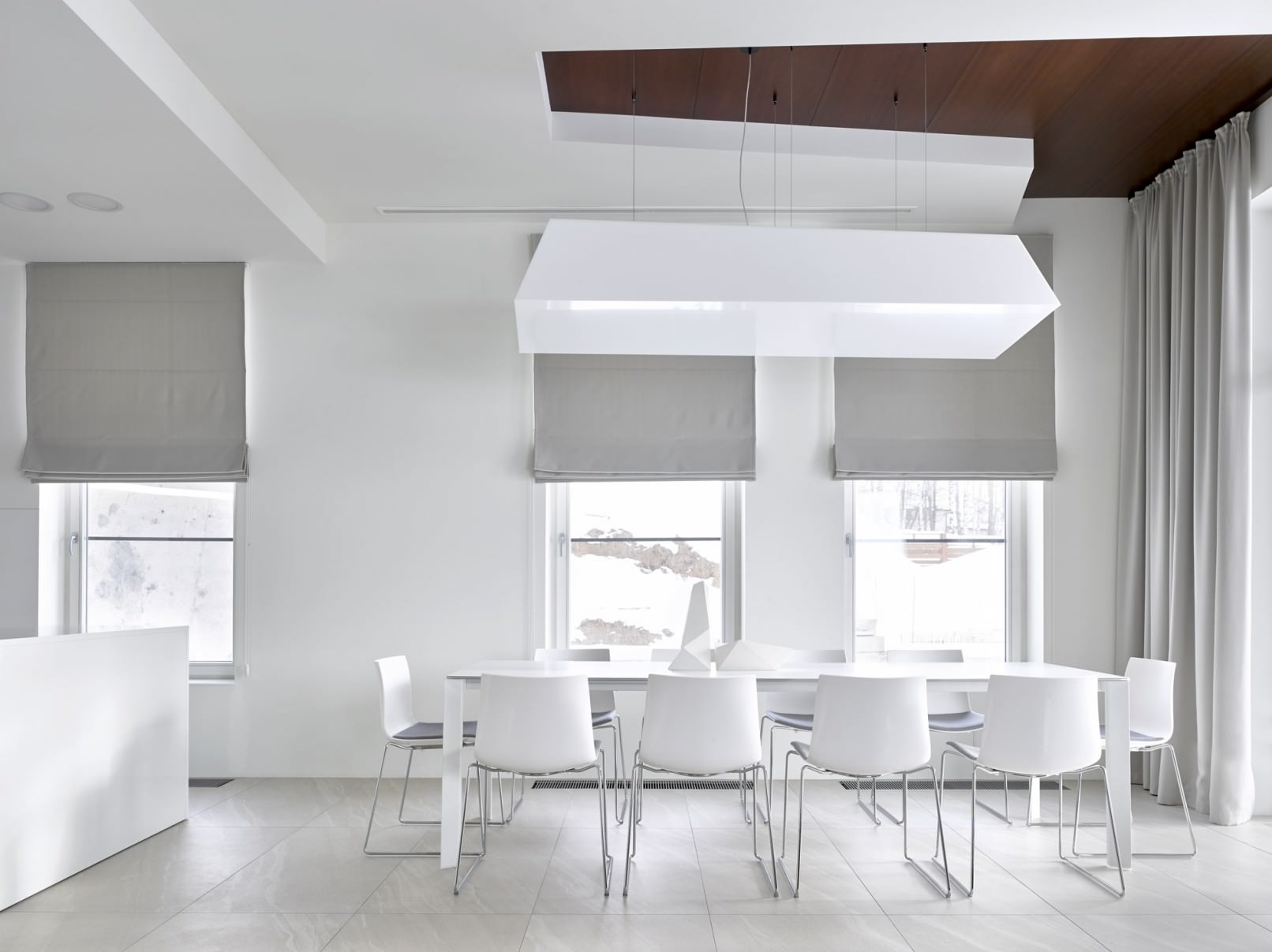 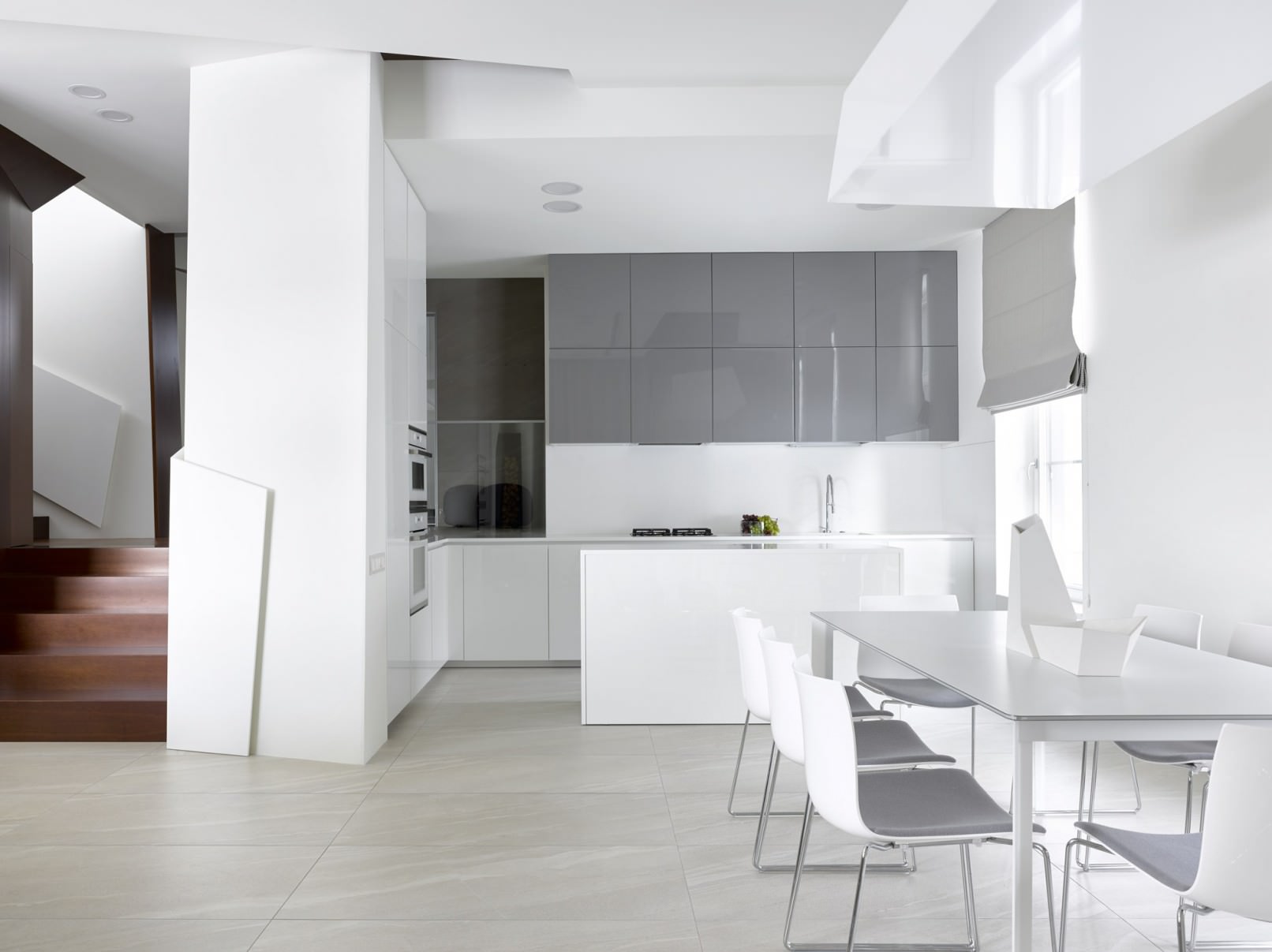 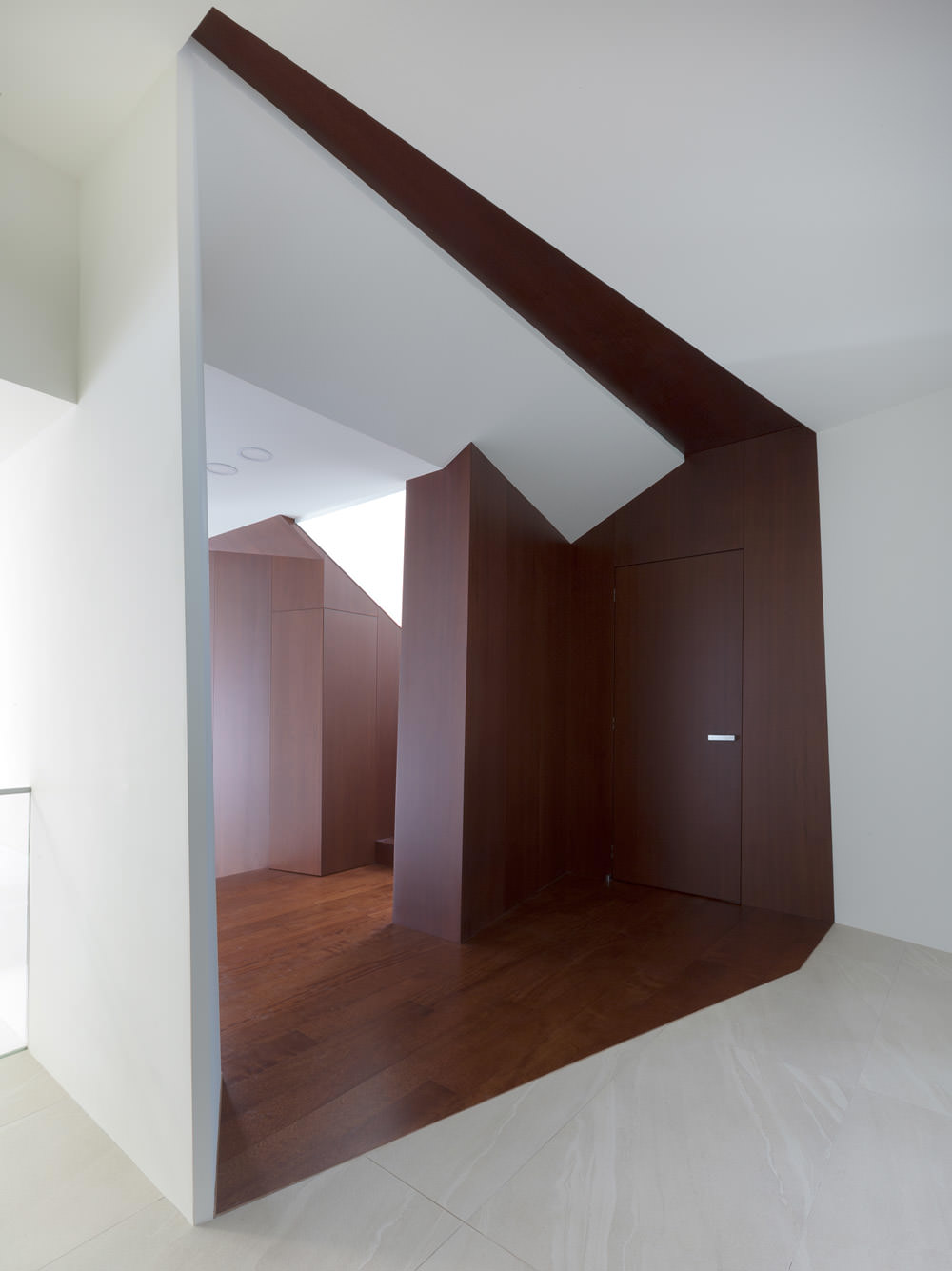 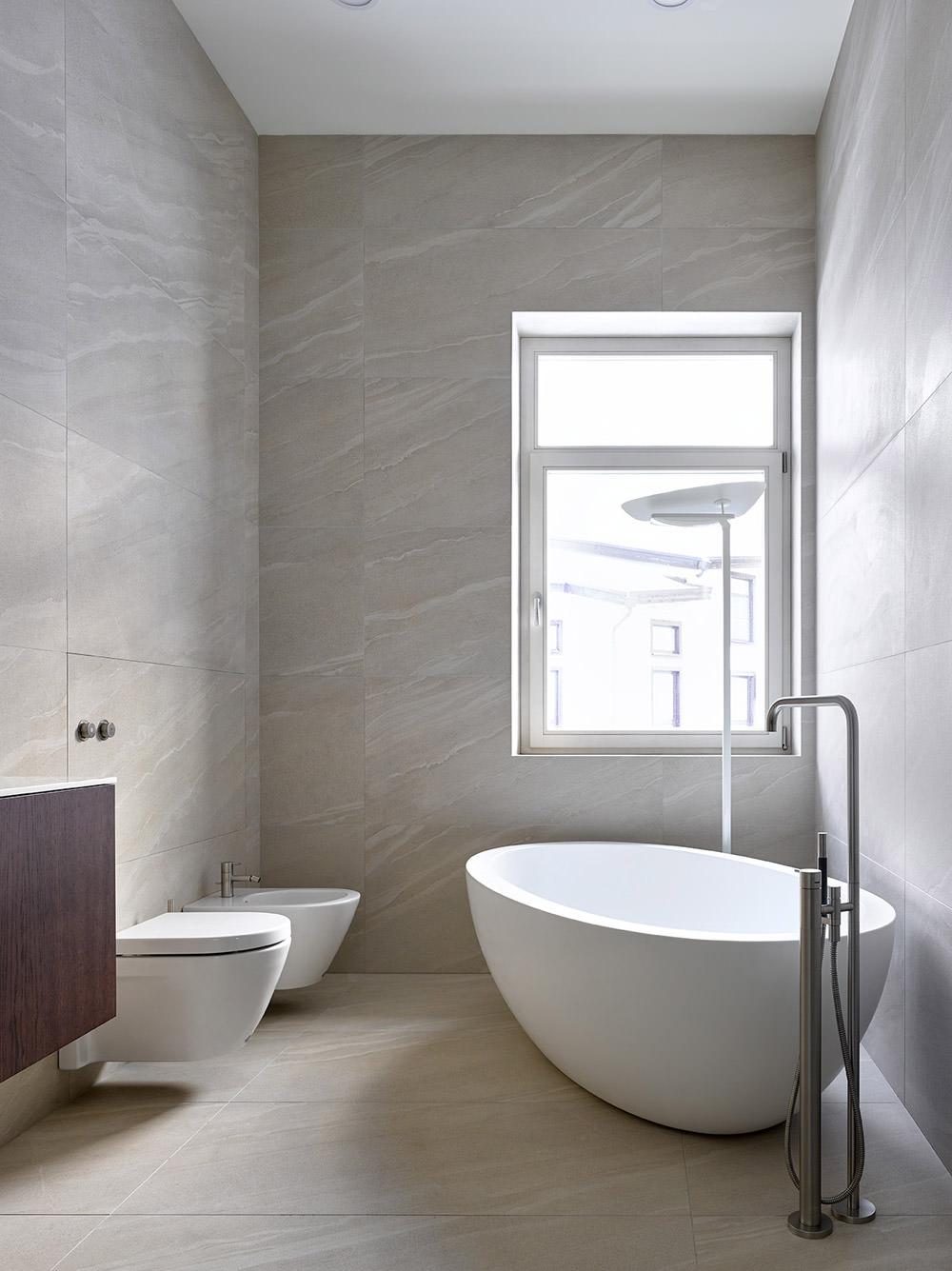 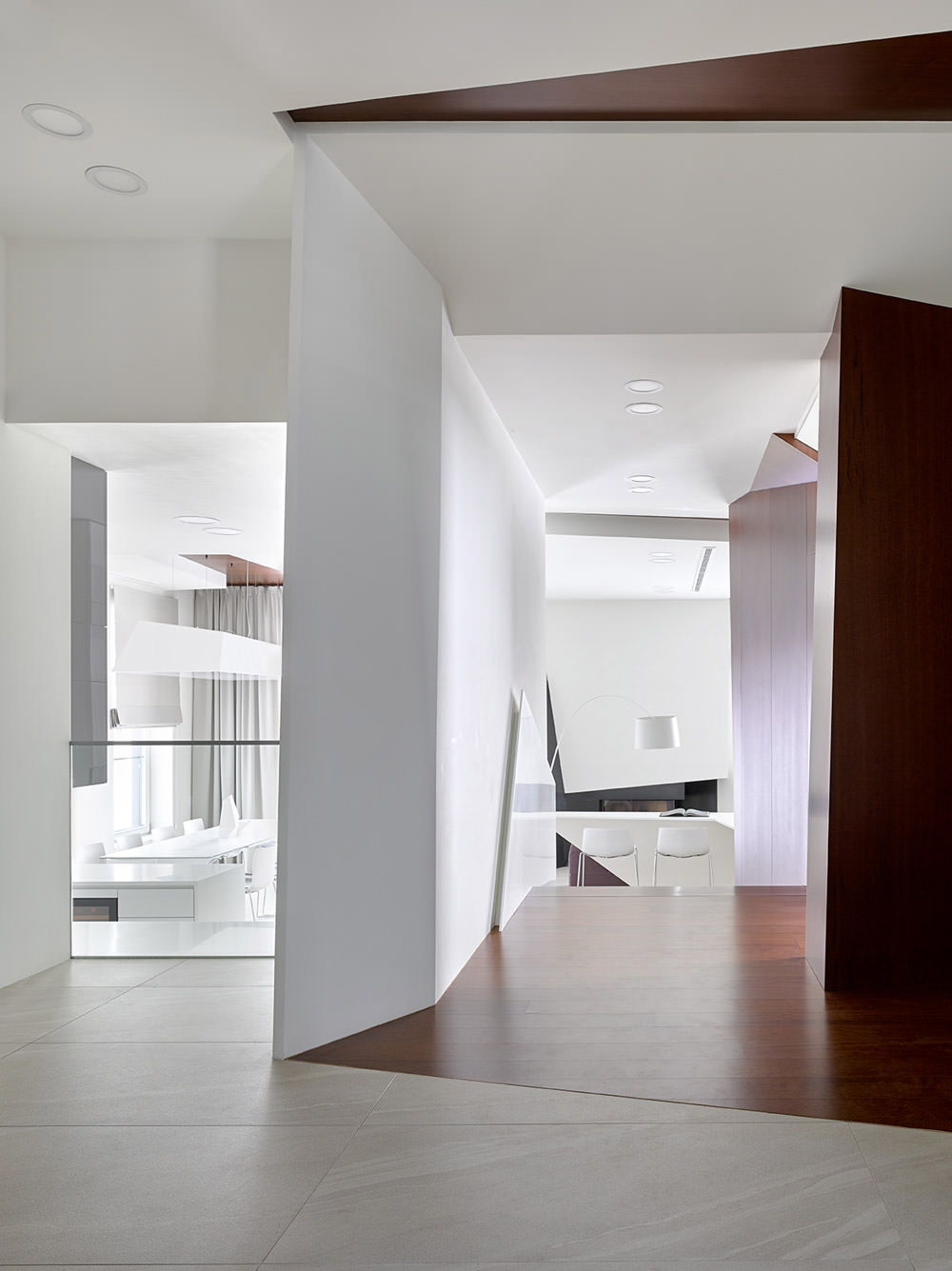 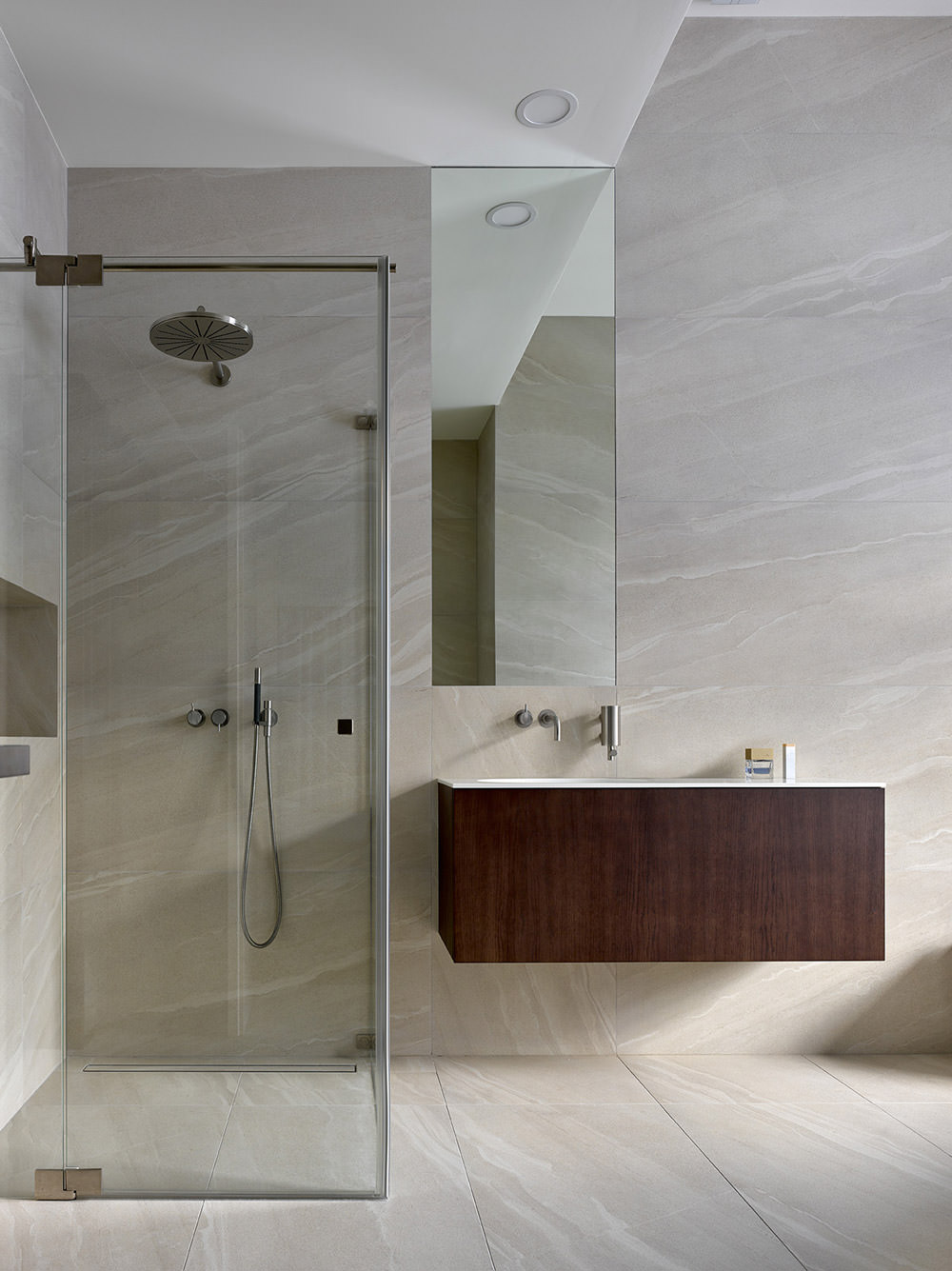 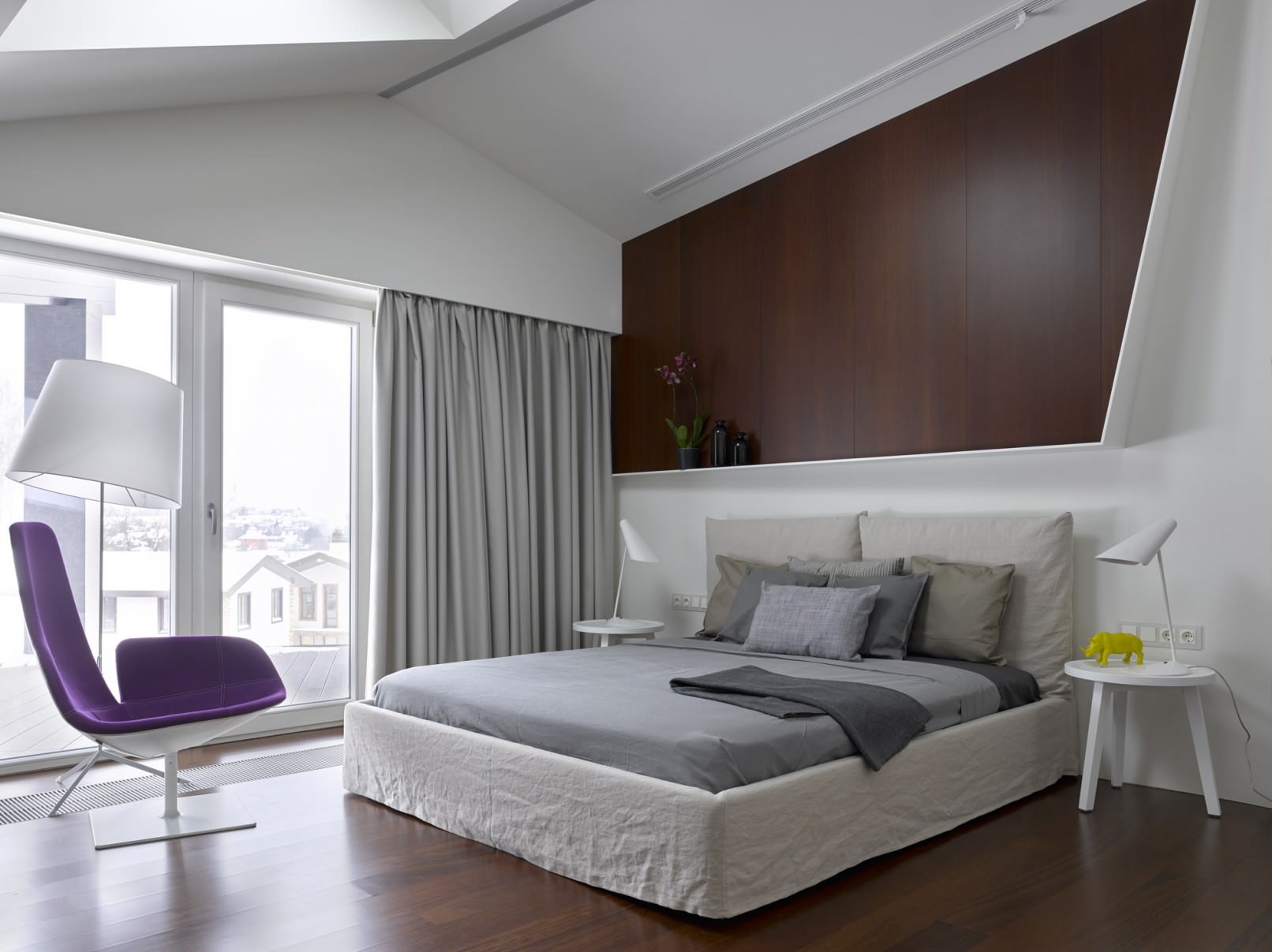